Major roadworks to begin in Newcastleton area this month 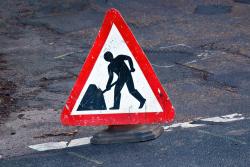 Major repair works on the Dawston Bridge near Newcastleton are to get underway later this month.

The structure was badly damaged by flooding that affected the area back in February.

These repairs are part of a significant investment on the B6357, which is a vital link for the community in Newcastleton.

Once the bridge works are completed three further closures of the road will be required:

Resurfacing work will also be carried out on North Hermitage Street where temporary traffic lights will be put in place.

We will confirm nearer the time the exact dates for all of these works but they will not take place until the Dawston Bridge repairs are completed.

While the B6357 is closed official diversions will be in place. Motorists will be advised to use both the A7 and A6088 to and from Newcastleton.

"It is crucial that we start work to repair Dawston Bridge as soon as we can to safeguard its long term future.

"Following on from this we'll see further significant works on the B6357 which will mean we need to have either daytime closures or traffic management in place.

"I realise this will all result in some major disruption to people in Newcastleton and I thank them in advance for their patience and understanding.

“Unfortunately it is not possible to undertake these works at the same time. They have been programmed to maintain access and avoid properties being cut-off.”

"We strongly believe that by carrying out all this work in the coming months, we will avoid future disruption that would otherwise be necessary. It will also ensure the road is able to be used by both residents and visitors for years to come.