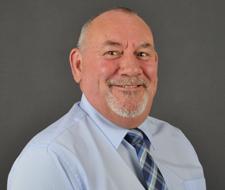 We are deeply saddened to announce the death of SNP Councillor Kevin Drum, Elected Member for Leaderdale and Melrose ward.

Councillor Drum passed away peacefully after a short illness on Saturday at the Borders General Hospital, surrounded by his family.

“Kevin’s passing has come as a great shock to his colleagues at Scottish Borders Council and in the community.

“Although Kevin had only been a Councillor since 2017, he was enormously well respected by everyone across the Chamber.

“He had gained a reputation of being an extremely committed and diligent ward Councillor and was a genuinely lovely man whom Councillors and officers had a great deal of respect for.

“On a personal note, I have been fortunate to work with Kevin in the Leaderdale and Melrose ward in the last three years and could not have asked for a better colleague.

“We have worked extremely well together and he has been very kind in supporting me in my duties and driving me all over the Scottish Borders.

“I know that the wider community who have worked with Kevin in the Leaderdale and Melrose community will be very saddened by this news.

“All of our thoughts and prayers are with Kevin’s family at this very sad time.”

“Kevin was a passionate supporter of Scotland, our national football team, and the campaign for Independence.

"He was frequently seen in a kilt either marching behind a YES Scotland banner or following the Tartan Army.

“How he managed to balance his passions and his time was a mystery to me.

“He combined significant responsibilities as Health and Safety Manager at Borders College, with the pressure of being a local representative, and with speaking up for his constituents and causes which he championed at Council meetings.

“Everybody said to me ‘He was just such a lovely man’, and he was – he was exceptional.

“He could be firm and resolute when needed but Kevin’s bright nature and his cheerful, cheeky smile invariably evoked a warm response and put people at their ease.”

Flags will fly at half-mast at our HQ as a mark of respect until after Councillor Drum’s funeral.

An image of Councillor Drum is available at our Flickr page.