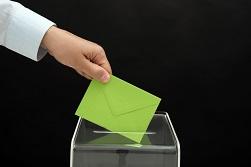 Local residents have until 12noon on Monday 18 November 2019 to put their name forward to become a community councillor for the area. There are a total of six vacancies.

Nomination forms are available from:

Completed nomination forms should be returned to:

"Community Councils play an important role in our towns and villages. Anyone interested in working with their community is encouraged to put their name forward.

“If anyone would like an informal chat about community council life, please do not hesitate to get in touch with me.”

Councillor Moffat can be contacted directly.