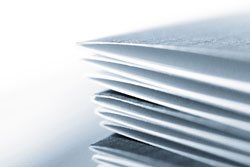 A report on the Joint Older People’s Inspection that took place in the Scottish Borders between October 2016 and February 2017 has now been published.

The Partnership welcomes any inspection that helps identify improvements that are needed in our services.

This inspection started last year, when the Health and Social Care Partnership was very new and at an early stage of development. Progress has continued to be made since the inspection.

There are recommendations in the report which reflect evidence and information that the Partnership gave to inspectors. These were areas already being targeted for improvement.

A focus for improvement is strengthening quality assurance processes to make sure that adults who need support and protection are correctly risk assessed and get support quickly. We have already conducted an independent review and are working across the Partnership to ensure all staff are appropriately supported over our Joint Protocols for Adult Protection.

Progress since the inspection

Examples of the Partnership performing well

“Overall, we find it difficult to understand why the excellent work of our staff hasn’t been as positively reflected as it might have been with three out of nine areas being graded as weak. However we are pleased that despite this the report graded our impact on the community as ‘good’.

“We have recently undergone a Community Learning and Development inspection and our annual audit from Audit Scotland. Early feedback suggests that both of these audits are very positive.

“We shall continue to work with the inspectors to finalise our action plan, which is the consolidation of a range of plans which the Partnership has in place, and assist them as they revisit our services over the next year.”

“We were pleased to hear that when speaking to older people and their families, inspectors found that they valued the services they received which were usually of a good quality. People felt listened to and supported by staff to make choices about their care and support with their circumstances and personal outcomes improving as a result of the support provided for them, particularly in terms of being able to live where they wanted and stay as well as they could.

“It was also encouraging to note that services had worked hard to achieve these outcomes which had made a positive difference to people’s lives and that people were able to find information and who to contact if they wanted to access services.”

The report is available from the Care Inspectorate website